Home > About Us  > Our History 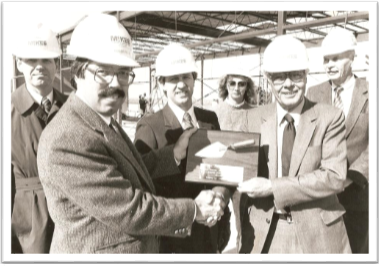 Over 40 Years of Innovation and Transformation

In the early 1980s, residents of Hunt County decided the best way to provide hospital services to their growing area was to form a public hospital district, much in the same way a fire district or a school district provides services.

Today, tax-payer money is used to provide much-needed community health services. Although there isn’t profit in providing health classes for seniors or in helping the communities underinsured connect with preventive and emergency care, because Hunt County is part of the community, we have a responsibility to provide these services regardless of their profitability.

The District is governed by nine publicly elected board members, whose duty is to set policies and establish goals for Hunt Regional Healthcare facilities throughout the region.

Today, Hunt Memorial Hospital District is known to its patients, employees, and community supporters as Hunt Regional Healthcare and has grown to offer a wide array of services using state-of-the-art technology at multiple locations throughout Northeast Texas, including facilities in Commerce, Emory, Rockwall, Royse City, and Quinlan.

No matter how much Hunt Regional Medical Center has transformed over the years, it still holds true to its ultimate mission: to continually improve the health of the people in the communities it serves by providing quality, cost-effective, and service-oriented care.