After undergoing weight-loss surgery at a metroplex hospital, Destiny Shelton hoped to regain the energy and confidence needed to live a full life with her two young children. Instead, 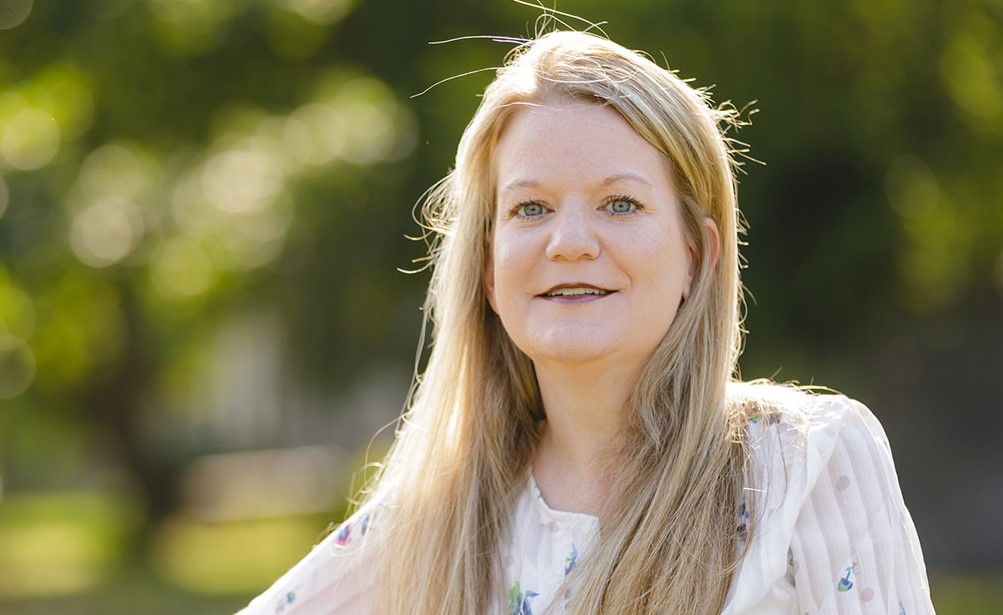 Two months after her surgery, Destiny’s condition took a turn for the worse. While visiting her parents, she didn’t get out of bed for days; she stopped eating and eventually stopped responding at all. Realizing the gravity of the situation, Destiny’s parents called for emergency help. When she arrived at Hunt Regional Medical Center in Greenville, the emergency department staff discovered that Destiny was in much worse shape than she or any of her family members knew.

“I had two leaks in my stomach and one at the bottom of my esophagus. I was in septic shock, my organs and kidneys were shutting down, and one of my lungs had collapsed,” said Destiny.

Critically ill, she was careflighted to Dallas where she would begin the fight for her life. Destiny had no idea at the time that it would be three months before she returned and that when she did, her journey would only be halfway through.

The life-saving measures performed by the medical teams at Hunt Regional and in Dallas had saved Destiny’s life. But her recovery was far from over and anything but easy. In fact, she was beginning to think that recovery might not happen at all.

“Because of my illness and time in the hospital bed, I lost a lot of muscle mass and wasn't able to walk,” she said.

For three months, the physical and occupational therapists in the acute rehab department worked to help Destiny regain the ability to walk and ultimately return home.

“The whole seventh floor was amazing the few months I was there,” said Destiny, recalling how they pushed her to stay focused on her goals.

On December 20, Destiny was officially discharged. More than six months after she arrived at Hunt Regional by ambulance, she was headed home. It was time to begin the final stage of her recovery.

Part of her therapy program involved the use of a weight stability mobilizing harness, a newly added rehabilitation approach for improving gait and balance.

“When they put me in the harness, that was one of the best things that they could have done for me. I was very unstable on my feet when we first began,” said Destiny.

The tool allows patients to engage in activities requiring freedom of movement without the risk of fall or injury.

“The first few times I was very unbalanced and it took me a little while to keep my grip. But once I got it down, there was an amazing change because I was able to pick up speed,” said Destiny.

As her mobility increased, so did her momentum. When she progressed, Destiny’s therapy expanded to accommodate her new mobility.

“We started throwing the ball back and forth to each other while I was connected to the weight-stabilizer. I loved being in that harness. I was able to keep myself balanced better and stand up straight instead of leaning forward,” she said.

Destiny says the relationships she built with the staff during her sessions have helped her heal.

“We'd talk and laugh and just act silly for a minute before we had to straighten up and get serious,” said Destiny.

“The staff is absolutely amazing. I don't think I would have done as well if I would have had staff that didn't communicate as effectively as they do,” she said.

Despite the negative circumstances which connected her with the therapy team in the first place, Destiny says her experience was decidedly positive.

“They are great. The whole experience was amazing. From the seventh floor the few months I was there until I came down to do outpatient therapy, every one of them has been absolutely amazing,” she said.

“To know where I was compared to now, it's a wonderful change,” she said.

After more than a year of health concerns, Destiny says she is overwhelmed with gratitude to be alive and active in the lives of her two children.

“They’re involved in football and cheer. Being able to function and walk on my own two feet—to be able to enjoy all this again makes me emotional. I appreciate it very much,” she said.

Destiny says she can’t express enough how much the seventh floor rehab and outpatient rehab teams mean to her and that without their help, she wouldn’t be where she is today.

“They got me to where I am now versus where I was so that I can be back with my kids,” she said.

“To be able to get my life back and get back on track, I'm very appreciative and I'll always be grateful,” she said.